Too many adults fail to appreciate the value of good credit until they’ve suffered the consequences of poor or no credit: diminished opportunity for jobs or housing, exorbitant loan or interest rates, limited access to further credit. But could these pitfalls be prevented if people learned the value of credit early in their financial lives? 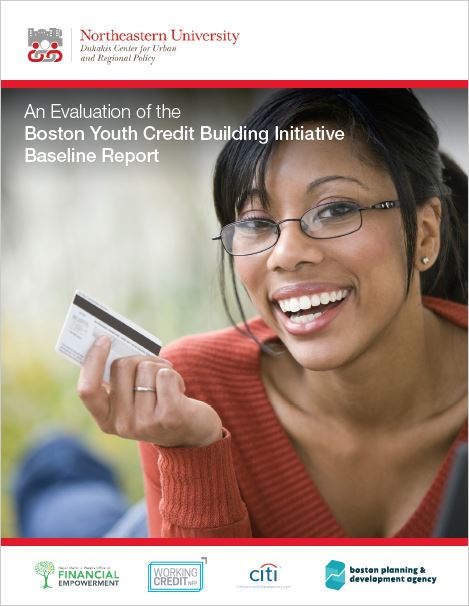 That’s what a groundbreaking new study aims to find out. The report, authored by researcher Alicia Sasser Modestino at Northeastern University’s Dukakis Center for Urban and Regional Policy, is the baseline evaluation of a year-long credit-building program launched in early 2016 by the Mayor’s Office of Financial Empowerment in collaboration with Citi Community Development, called the Boston Youth Credit Building Initiative. The study’s early results are very promising: participants were found to have improved credit history, improved credit scores, and less delinquency.

The Boston Youth Credit Building Initiative provided participants (ages 18-28) with credit workshops and one-on-one financial coaching from Working Credit NFP, as well as access to a secured loan and savings product designed to help build credit. The initiative is believed to be the first program of its kind in the nation and the first to undergo an academically rigorous evaluation.

Of the 300+ young people studied in the report, randomized assignments were made so that half were enrolled in the financial coaching initiative, while the other half comprised a control group. Preliminary 6-month results show that among those who participated in the program:

The researchers will conduct further follow-up evaluations at 12 and 18 months to measure the long-range effects of the initiative.

The Boston Youth Credit Building Initiative and its evaluation are supported by  Citi Community Development and the Mayor’s Office of Financial Empowerment.

“According to data from FamilyAssetsCount.org, nearly one in every two Boston households lacks the savings to withstand an unexpected shock to income, and are living in a state of persistent financial vulnerability,” said Bob Annibale, Global Director of City Community Development and Inclusive Finance. “The City of Boston is providing young people with the critical knowledge, skills and tools they need to become financially resilient, and enabling them to work towards building a healthy financial future.”

Read the complete report, “An Evaluation of the Boston Youth Credit Building Initiative: Baseline Report,” or read the Executive Summary.